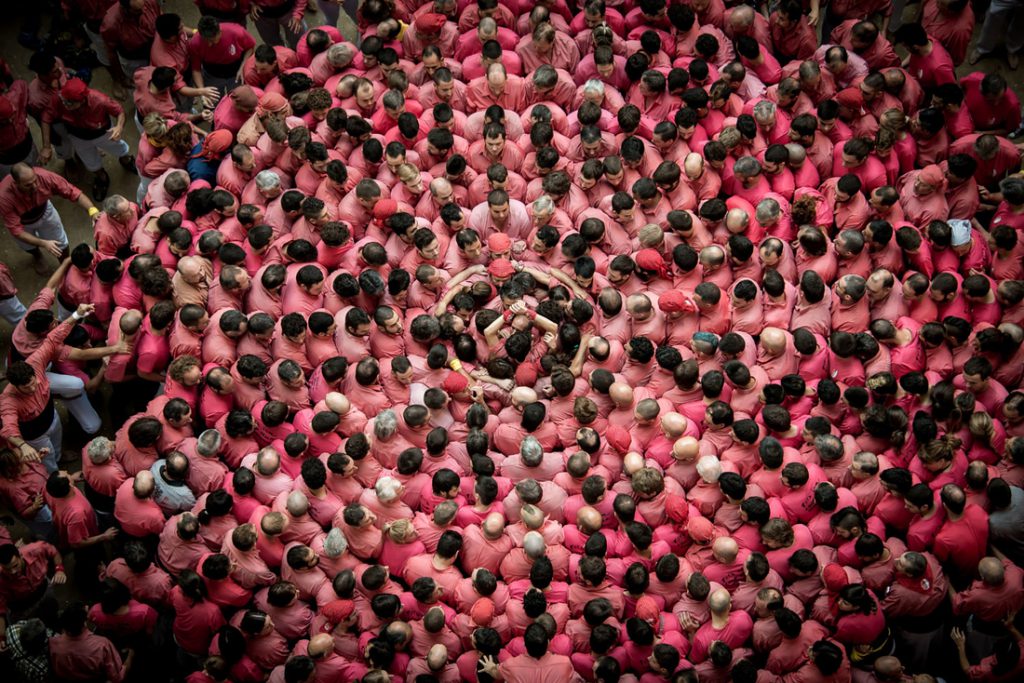 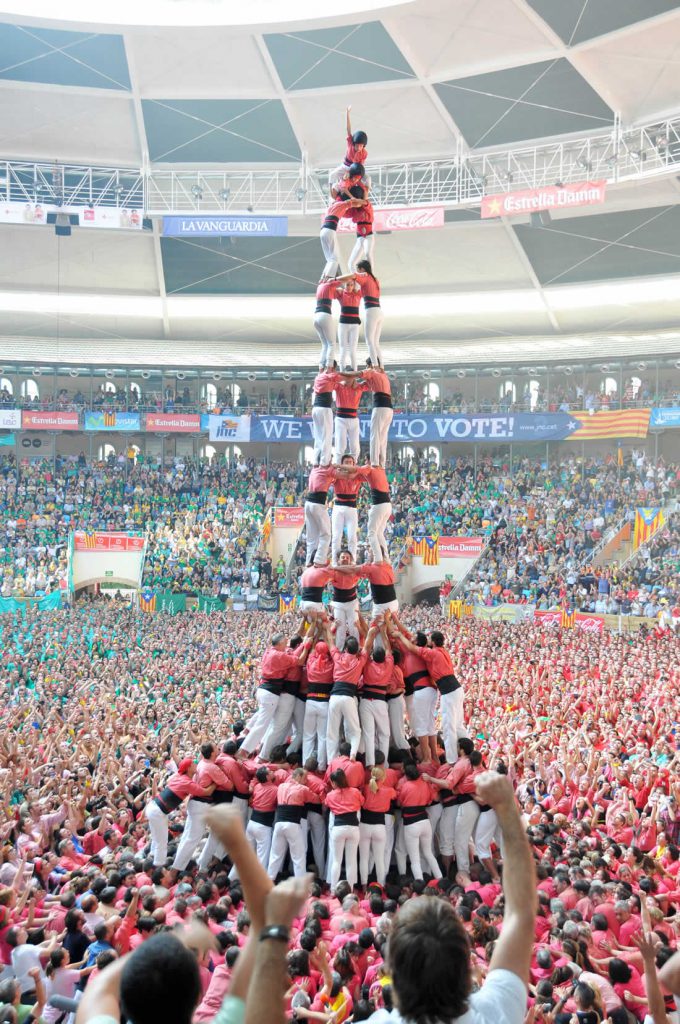 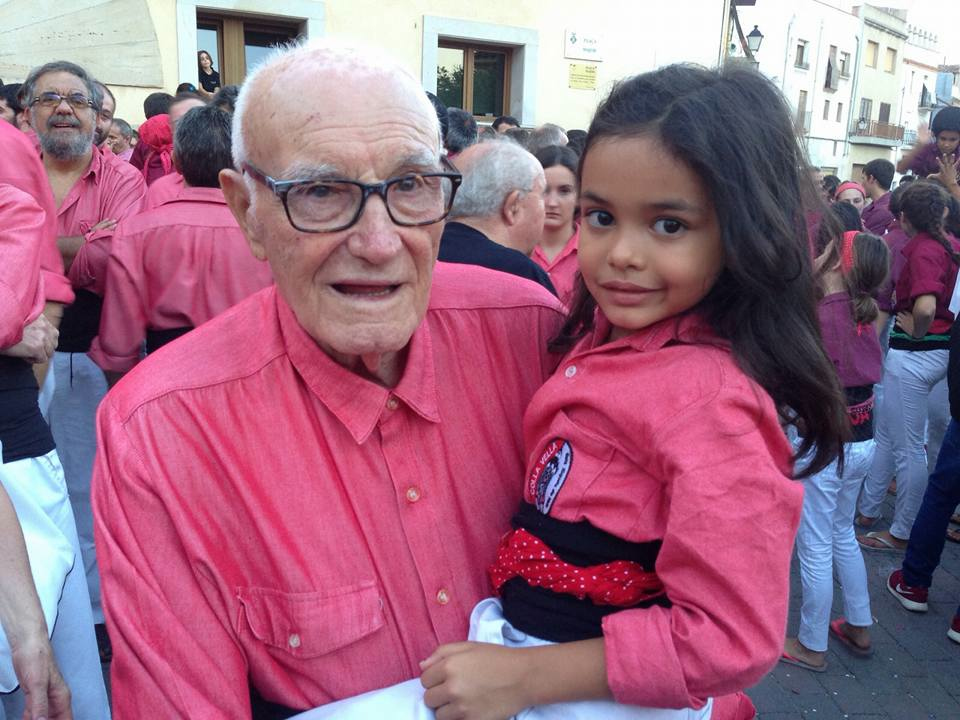 The Castells are one of themost singular and traditional ways of manifesting the popular culture of Catalonia. The origins of this more than bicentenary tradition are situated in Valls between the end of S.XVIII and the begining of the S.XIX.

La Colla Vella dels Xiquets de Valls it’s the most ancient Colla of all the actual existent and its distinguished for its continuity from 1791, when it was know as Colla dels Pagesos. This continuity was only interrupted during the war time. With its 226 years of history it’s the most traditional Colla nowadays.

La Colla Vella dels Xiquets de Valls is an example of social coexistence and integration, a clear example is the different age range inside the Colla (precisely the enxaneta who culminates collective constructions is just a child) the different cultural, geographic and social backround of each member is one of the main distinctions of the Colla Vella de Valls. Furthermore, la Colla Vella has been an honorable national ambassador of the casteller tradition out of catalan borders on many times. Since 1958, when the Colla made their first trip abroad, at the Brussels International Expo, they have visited a great number of spanish and french cities, also Milan (Italy 1985) or even Lausana (Switzerland 1986). But the two outings of the Colla that have been more popular in the media have been to the American continent, United States in particular. In 1992 they became the first Colla to take castells accross the Atlantic ocean and present their first castells de vuit in Houston and San Antonio (Texas). Two years later they returned, this time to Chicago (Illinois) for the Football World Championship. Finally, in 2010, they attended the International Expo in Shangai (China).

In 2015, La Colla Vella made a spectacular actuation in China, where they  certified the first Record Guinness.

The blending of antiquity and modernity with clear mediterranean roots of la Colla led them to be present at the inauguration ceremony of the Olympic Games in Barcelona 1992, it has been the most viewed casteller  presentation ever that has been broadcasted on televison.

La Colla Vella dels Xiquets de Valls have been the major figures in the diffusion and enhancement of the castells and also mainly responsible for  this second “golden era”. In 1981 they became part of the new casteller fever managing on their first try at the plaça del Blat. Since then they have been at the frontline, succeding in almost all the constructions that have tried until today.

“La Vella és la Vella” this is the most used sentence that describes the value and character of the Xiquets who believe that the concept of castellers is a continuously evolving and challenging institution.

La Colla Vella is a reference and a mirror for all the casteller teams. In addition to their bicentenary tradition, they can also take credit for establishing the foundations of what we know as casteller tradition nowadays. La Colla Vella stands out for their responsibility, their effort and their respect and tenacity, while reflecting the cultural character of their home land, Catalunya.

They are the leading colla, an image of tradition and modernity, always remembering their past and living the present with a constant eye on the future.